IFA AND VETFRAN MEMBERS RECOGNIZED AS TOP FRANCHISES FOR VETERANS 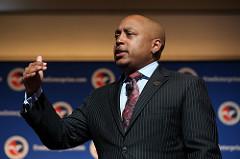 NextGen 2018 Global Competition featuring Daymond John is about the begin!

Washington, D.C.,  January 2, 2018 -- The IFA Franchise Education and Research Foundation successfully raised over $10,000 along with awareness of its important work through its inaugural launch of the 2017 Giving Tuesday Campaign, which concluded on November 28, 2017. This grassroots fundraising... Read More

Join the #GivingTuesday initiative at www.franchisegiving.org. Donations in any amount are accepted through November 28.

Franchise business owners and prospective investors strongly believe the economy is improving and are more likely by a 2-1 margin to invest in a new business today than before the election. This according to a new survey released today by Morning Consult on behalf of the International Franchise... Read More