The Diversity Institute promotes and fosters diversity and inclusion within the franchising community.

The Institute serves as the home for the Foundation’s diversity and inclusion programs – education, research, scholarships, and liaisons with other national organizations.

The Institute provides information to assist IFA members in expanding their diversity recruitment and multi-cultural marketing efforts at all levels – franchisees, employees, suppliers, and consumers. The Diversity Institute realizes that the rapid pace of demographic changes and population growth combine to create unique opportunities for franchising. Diversity and inclusion has the power to accelerate the mission of franchising. 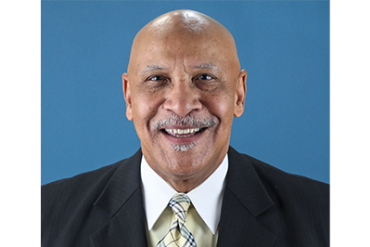 Champions in Diversity in Franchising

John “JD” Draper, CEO, Viridian Group, LLC is a Multi-State, Multi-Unit Franchisee with Pie Five Pizza Company. He was President of Operations at V & J Holdings Companies, Inc. in Milwaukee from 1994 until a new opportunity as CEO of the Viridian Group presented itself in early 2015.

Over the past 40 years Mr. Draper has worked with minority-owned companies to ensure that they not only practice diversity and inclusion, but demonstrate its business necessity and importance throughout the restaurant industry. By casting his shadow, he has been instrumental in developing many programs to recruit and train minorities. He has led with the philosophy that franchising teaches people to be independent while providing an environment of constant learning and self-improvement to achieve success.

During his career, Draper worked with minority owners in Detroit as the VP of Operations with Keys Group Inc., owned by the first African-American Burger King and KFC franchisee Brady Keys Jr. and in Milwaukee with V&J Holding Companies, Inc. the largest Female-owned franchisee in the U.S., Dr. Valerie Daniels-Carter. In every place he has worked, he has found, regardless of age, race or religion, that people are people and if you can find that common bound, and spirit of hospitality, you can achieve a win-win.

Draper has dedicated himself to community enhancement by mentoring African-Americans to get involved in the franchising industry and their community. He has worked to increase community cohesiveness working with the Detroit Pistons Basketball Association on its “Read to Achieve” Program, offering many “benefit night” donations where up to 20 percent of sales go to community-based organizations. He has served on many boards including the Detroit Public Schools on its mentoring program, and Kappa Alpha Psi Foundation for its college scholarship program. Draper is a board member of the IFA Diversity Institute. He has been recognized numerous times for his efforts within the African-American community from Multi-unit Franchise Magazine, QSR, Black Enterprise Magazine and Essence Magazine.