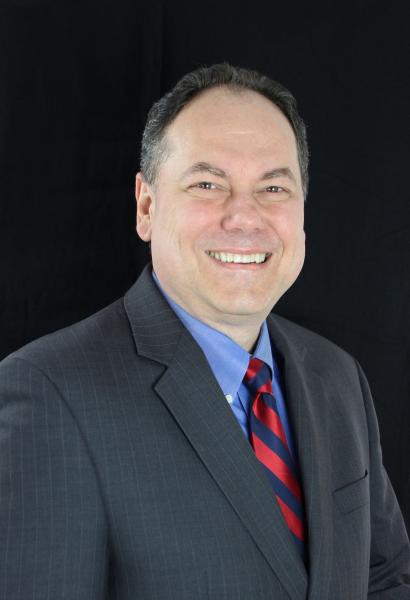 Jax: To start why don’t you tell us about your father's service, what branch was he? How long was he in? Where was he stationed during the duration of your childhood?

Robert: My father was 18 years old and joined the Air Force in the early ’60s, served a two-year tour of duty, married my mother, and then returned to the States with the hope of finding a civilian job. He found that the job market was difficult and the civilian job that was promised to him had disappeared so he found a job in the commissary system as a civilian contractor doing logistics and supply. We moved around the Air Force System every two years to different locations, mostly in Germany. At the end of his career, he was the deputy head of the commissary for Europe, the Middle East, and North Africa. It was a great way to grow up overseas and around military installations.

Jax: What was it like growing up on a military base and in a foreign country, and what positive aspects as well as challenges do you find most memorable?

Robert: Rarely did we live on the base; however, I spent my days on the military base as an American kid and American student. I grew up speaking German, so I was fluent in German by the time I was nine. I had a foot in each camp, I was at an American school during the day with American kids, and in the afternoon, I was in a German neighborhood playing soccer with the German kids. The challenges I guess as they are for every military kid are that there is no continuity. Your dad or mom are gone on most days. You move around a lot, you say goodbye to your best friend for the summer and in the fall they’re nowhere to be found and you find out their father got orders and is now an attaché in Egypt. There was no continuity, life was always changing, you couldn’t predict anything. On the one hand, it gives you the chance to reinvent yourself very often and find new friends and you had to be ready for that, because nothing ever seemed to stand still.

“Hey, it’s tough what you’re going through, having to making new friends all the time and missing those who have moved off to other duty posts, but these life skills you are building will serve you a lifetime, even if that’s cold comfort at the moment.”

Jax: What attributes from military culture have you kept with you since you have grown into an adult?

Robert: I just can’t think of a single thing that is not informed by being around that kind of sacrifice and service to the country and that self-identification of being in the service to your country, and that’s true whether they were wives, husbands or children. There was comradery and community and a shared understanding amongst the families. There were no racial differences or strife, the only divide was the children of officers versus the children of the enlisted. It was a giant melting pot of American culture living on base and that was kind of cool. There was a lot of things to fight and argue about, but culture and race wasn’t one of them.

“Being a military child gives you the chance to reinvent yourself very often and find new friends and you had to be ready for that, because nothing ever seemed to stand still.”

Jax: That’s very unique and neat. Do you believe that growing up in the military community and on post impacted your professional career choices and aspirations?

Robert: Absolutely. It's one of the reasons why I wanted to achieve academically and why I finished law school, knowing that opportunity was denied my dad who married early and didn’t have the chance to go to college before joining the military. Once I had those things under me, I had offers to work for a fortune and instead, I chose to go to work for the government in D.C., really volunteer for 3 months of not getting paid and then getting paid really small wages to work first in the U.S. House and then the Senate. I needed to serve my country and I didn’t do it the form of military service, I did it in the form of working for the government for a decade, foregoing private sector salaries and the comforts associated with those. The sense of service and purpose was worth it. When I left the government, I went to the association space where you really do a lot of service as well and then I went to the private sector for a little. I enjoyed that but I just didn’t enjoy it as much as a situation where you’re serving a group of people or a community which led me back to franchising.

Jax: That’s very nice that you wanted to honor your father by going to college. Do you think your own parenting is informed by your experience growing up as a military child?

Robert: It was, though maybe not all in the same positive direction. We have been very area-bound since I got married, we have lived in the D.C. area. There are many advantages to having to move around, engage new people, and make new friends all the time, that my children didn’t get. That is something that I miss for my children, there is a good level of predictability to their lives, they are more comfortable than I wish they were. That discomfort and that ability to have to adapt and overcome in these changing environments is a life skill that I wish they had. I wish I could say to my younger self or to current military children, “hey, it’s tough what you’re going through, having to making new friends all the time and missing those who have moved off to other duty posts, but these life skills you are building will serve you a lifetime, even if that’s cold comfort at the moment.”

Jax: Finally, from your experience in a military family, do you believe that military families are a particularly good fit for franchising?

Robert: Absolutely, there is that unique connection that I alluded to earlier, that when you’re hopping from area to area, franchising offers a unique opportunity, because if you’re working at a Chick-Fil-A at your current family duty station and then you move to New York, you might find opportunities with the same brand and potentially join it as an owner at some point, thanks to that experience. Once you get out of the military, working in a franchise or owning one is an amazing thing. Those brands represent prosperity, as well as consistency and familiarity to a military child, while to a veteran, they represent an opportunity to lead and execute a standard operating procedure – something they’re trained to excel at.